November 7, 2017:  Your Carolina Panthers improve to 6-3 while holding onto the 5th playoff spot! The Falcons came to town, and the Pamother’s (with some help from the Roaring Riot) gave them the business – and without Kelvin Benjamin. Typical of our impeccable timing, KB13 was traded to Buffalo after we recorded our podcast last week and we finally get to share our thoughts on the trade and moving forward without him. As always, we have Game Ball awards and Towels of Shame for the Falcons game, as well as out keys to victory against Miami. There’s a crystal clear Bum Fight of the Week between two classic NFL franchises. The Panthers share a touching moment for a member of the Panthers Girl Gang @GirlGang51. We worked hard this week, so if you don’t like what your hear, don’t throw a Camtrum.

We heard one of our fans could use her spirits lifted…

Look at this. Just look at it. Look at this awesome photo of Cam.  LOOK AT IT!!!  (credit: The Riot Report) 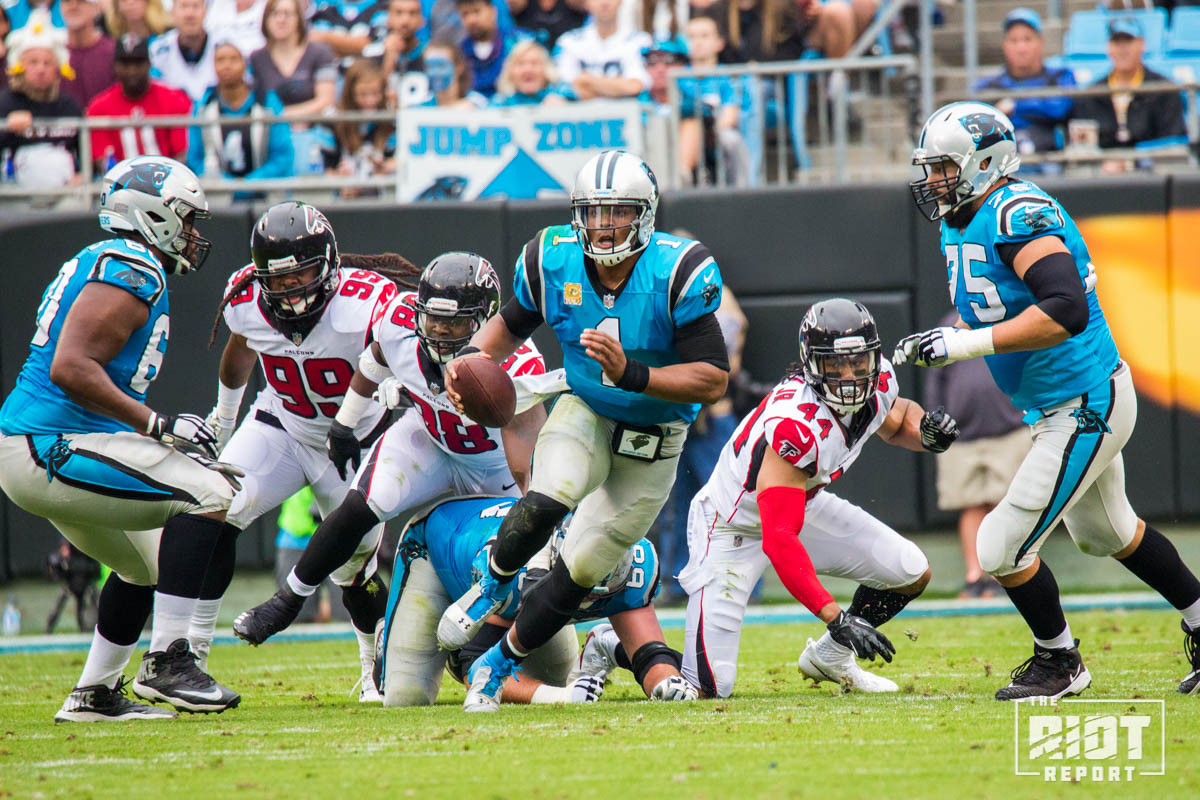